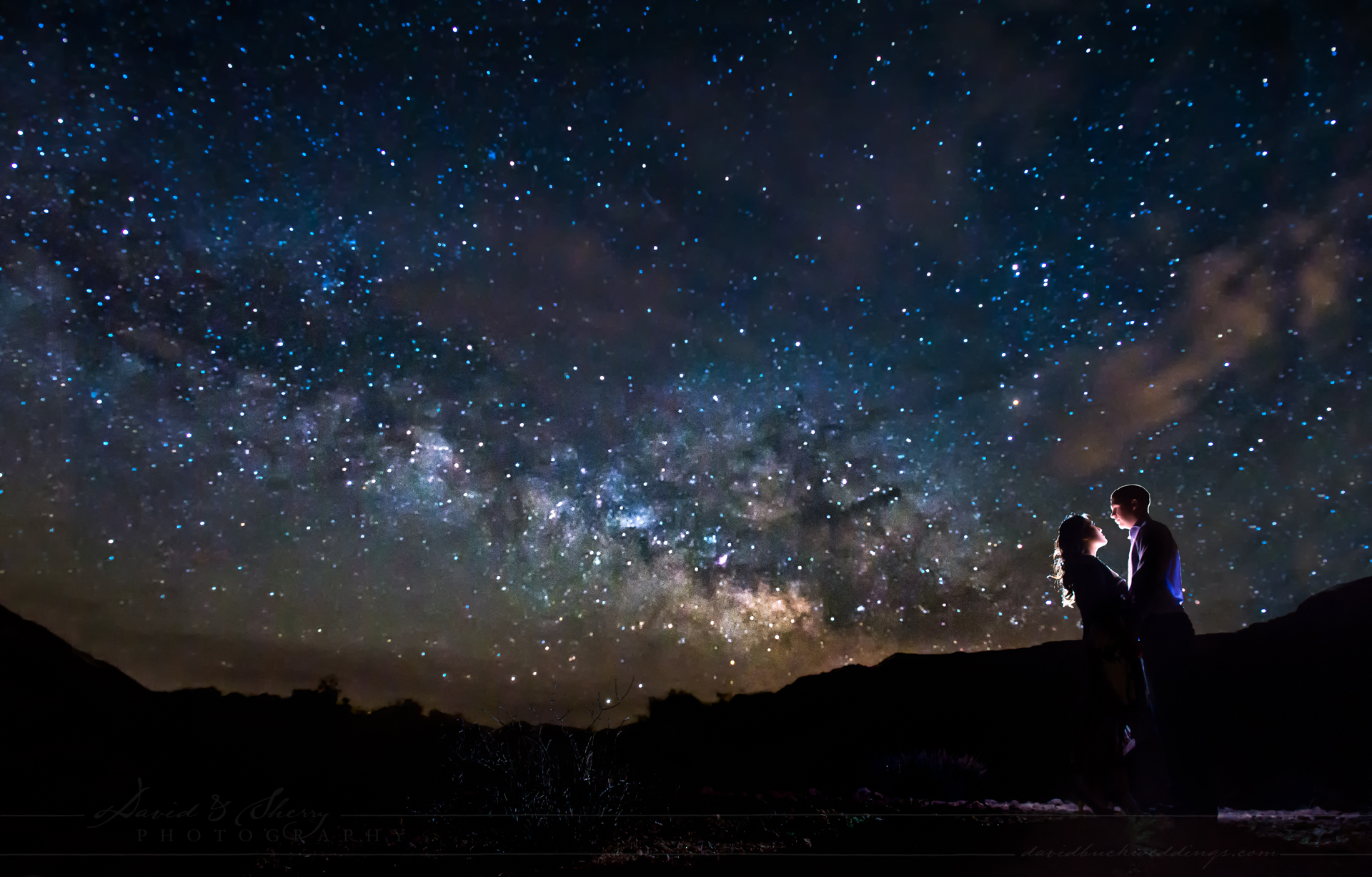 Now unveiled is the next in our Epic Couplescape series – A Stellar Silhouette.

Our appreciation and admiration for the stars the moon and the night time nature is growing more and more as we learn about them and how fantastically awesome they are and more importantly how awesome the one who put them there is.  Our original goal with this photo as we thought it up about a year and a half ago was to capture a part of the milky way in the night’s sky.  If you don’t know much about the stars, the milky way is a band of our galaxy which wraps all the way around the sky but is often very hard to see.  If you download the app Skyview, you can see what I’m talking about.  However in the center of the Milky Way is this collection of stars, dust and haze which make up these beautiful colors and forms.  This would be the most recognizable portion as well as in my opinion the most beautiful part of the night’s sky.

Of course getting to see this, and better yet planning the time when it’s going to be visible in order to take a picture along with our awesome couple Brook & Melissa takes on a whole lot more planning.  This photo was taken at the Valley of Fire State park, about 100 kms or 60 mi from Las Vegas.  It was here we were hoping to find the darkest sky possible and interestingly, even though we were that far from Vegas and were in a valley with mountains around us, the lights from Vegas still shone through the dark night sky to the point that if were were looking to the south we could hardly see any stars.  Fortunately for us our target was to the east so it didn’t affect us too much.  We have however taken note and learned where we really need to be for next spring’s photo 😉 hint hint.  The second factor which made this challenging was that we had to be in place to take this shot at 4:30 am!!!!!  We also had to hope the sky was going to be clear and not hazy.  If you know Sherry or me, you’ll know that we don’t really do mornings all that well so to go to bed at 8:30pm and have the alarm ring at 1:30am isn’t exactly our favorite, but once we peeled ourselves out from underneath those really comfortable sheets, we were excited to get out there and get shooting… with cups of tea in hand.   I will say there was a lot of napping by my co-pilot during the hour long drive out to the park :).

We managed to get everything in place, try a couple different locations and settle on this one just in time to get the shot.  About 5 minutes later the sky had covered with a layer of cloud and we would have been shut out.  So after a whole lot of planning and a little bit of luck, this image is what we have to show for it :).

This naturally brings us to our plans for next year.  If you’d like to be part of our shoot(s) next year we would love to hear from you and have you keep reading.

Our next Epic Couplescape sessions will take place between February 29th and March 5th, and/or March 10th through 16th depending on interest.

If you choose to come join us you will receive a daytime photo session in one of these gorgeous locations along with an Epic Couplescape session.  An example is Brook & Melissa who had this shoot along with this gorgeous couplescape.  The session rate will be $1900 with a beautiful album, or $1400 without the album.  (price does not include you getting to the area but we will drive you around once there :D)

Here is a little teaser for one of our locations for next year: 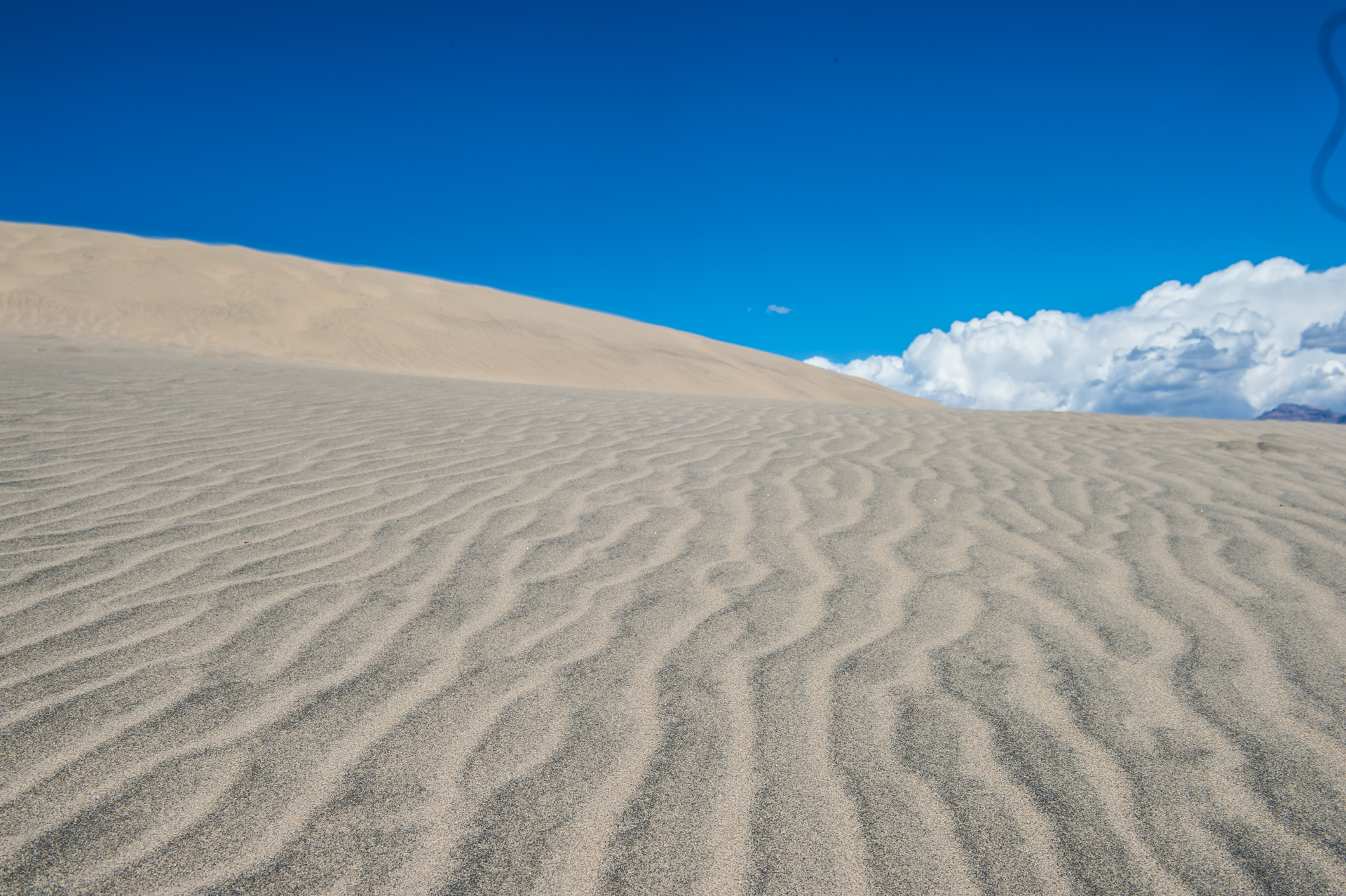 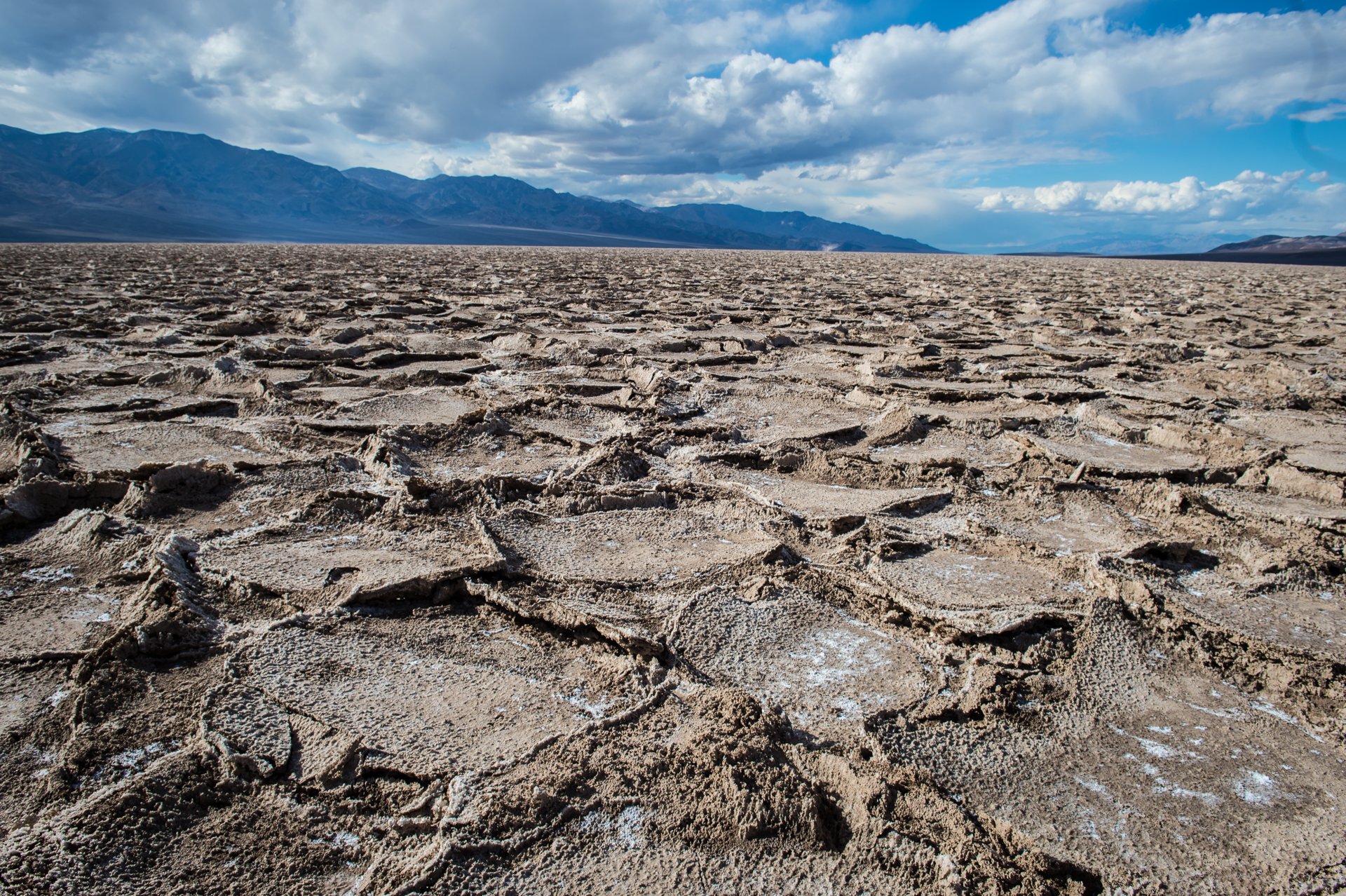 We will certainly be going to Death Valley National Park during one of those two time frames mentioned earlier and we have a potential of up to 3 different shoot ideas, locations and Epic Couplescapes within the park.  There are sand dunes, salt flats, barren rock outcroppings, big skies, strange phenomena along the racetrack valley and a whole lot of other cool stuff.  We scouted it out this year while we were in the area and are super excited for these shoots next year.  We would love to have you along.  – Oh… and Death Valley is also known as one of the darkest night skies on earth :).

Depending on our interest level from couples, we have also been talking about extending the trip to include Zion National Park, Yosemite National Park, Bryce Canyon National Park or the Slot Canyons.  There is some research yet to do with these but the ideas we have are extensive :).

You also don’t have to be engaged or newly married to come with us.  The intent of these is to create gorgeous works of landscape art with you in them.  You can have been married for 40 years and come along with us or you can not yet be engaged and come along.  It is for people who appreciate beautiful landscapes and want something gorgeous and truly personal for their homes.

We can’t wait until our next, and would love you to be part of it with us.