If you’re searching for the most beautiful place on earth you don’t have to search any further than the British Columbia pacific coast.  Specifically the road which links Vancouver to Whistler called the Sea to Sky Highway.  This most majestic drive which rises and falls with the giant mountains which dive into the ocean passes through a little outdoor adventure heavy town called Squamish.

We were recently hired to do a pre-wedding style shoot and were given freedom as to where to go and what to shoot but the couple hoped for mountain scenes which were most definitely Canadian Rockies.  It was rather fortunate that as the day turned into the late hours the sun turned the sky orange and gave us a beautiful light on what was otherwise a rather plain weather day.  Because of the clouds we decided not to trek to the peak of Whistler or back to Black Tusk but stayed in the seaside village where the sun sets into the Pacific and we were rewarded with our decision :).

You can see in some of the photos the storm moving through and the last bit of rain for the day fleeing into the mountains.  Light is always the number one thing we are looking for wherever we are in Canada as light makes the photo.  When we can couple that with the depth of scene of mountains or a beautiful sky that is even better, and when we can add two wonderful people it creates for us a wonderful Couplescape image which will hang on their walls for decades to come.

We are so privileged to live in such a majestic country. 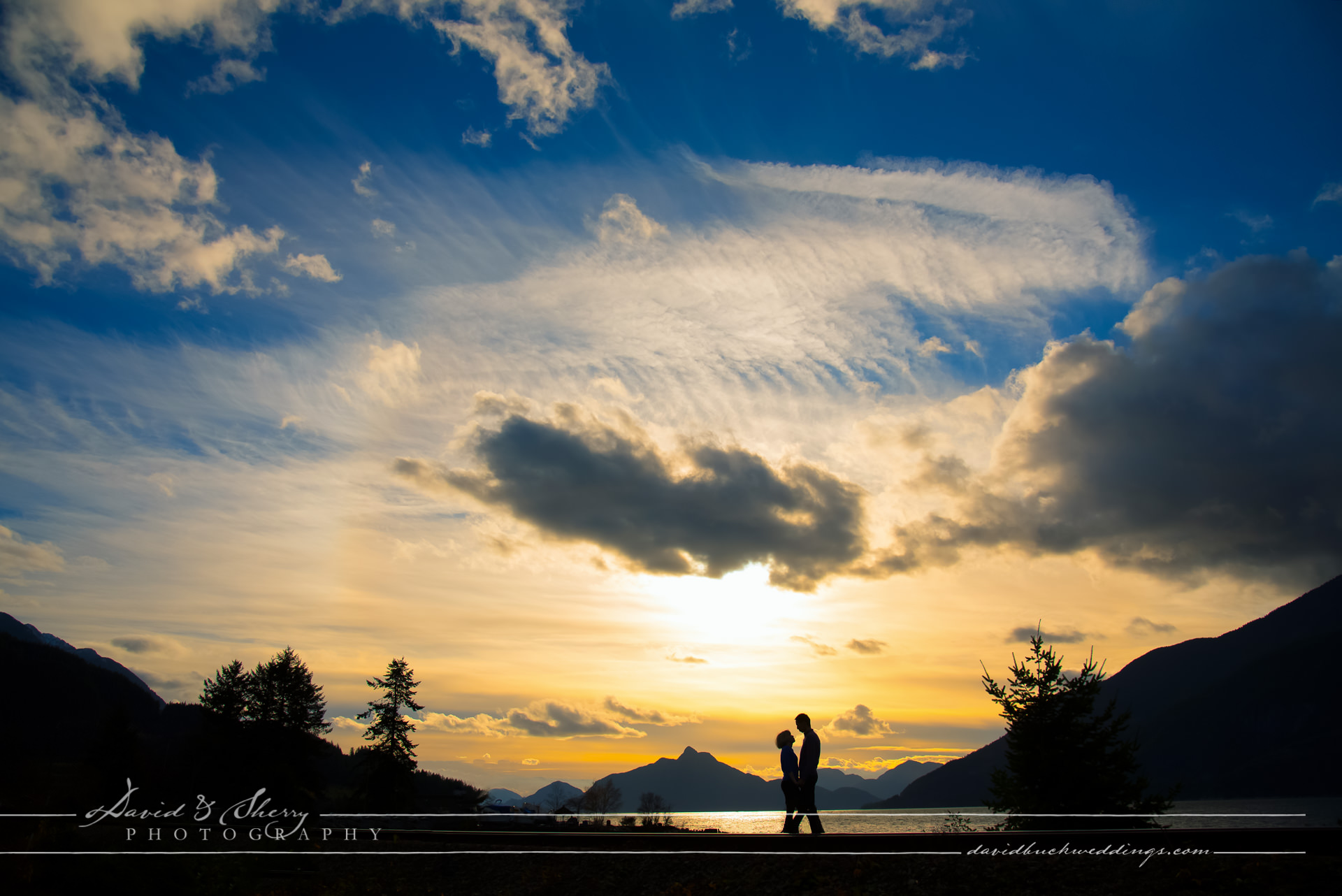 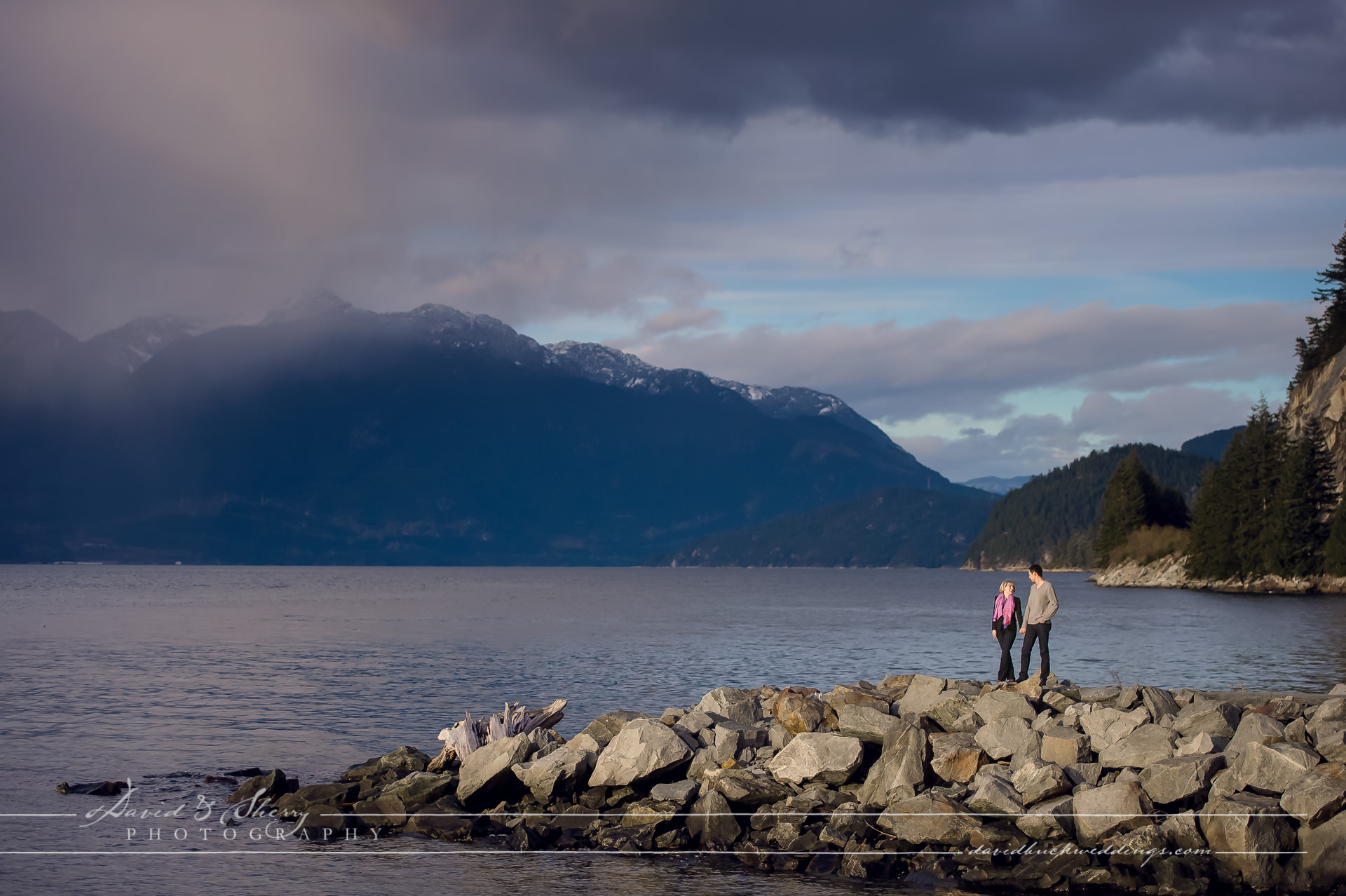 I love the depth to this image. 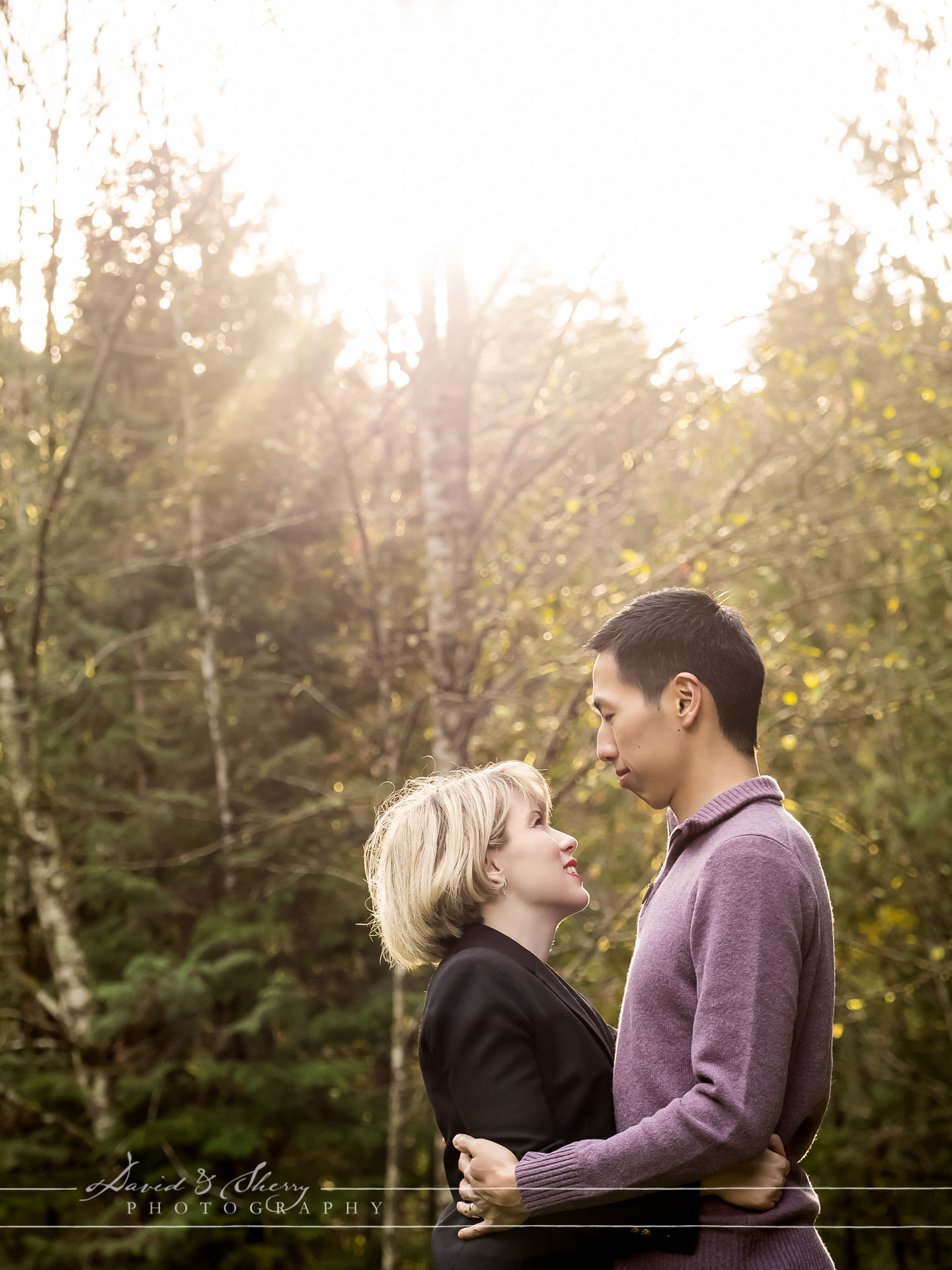 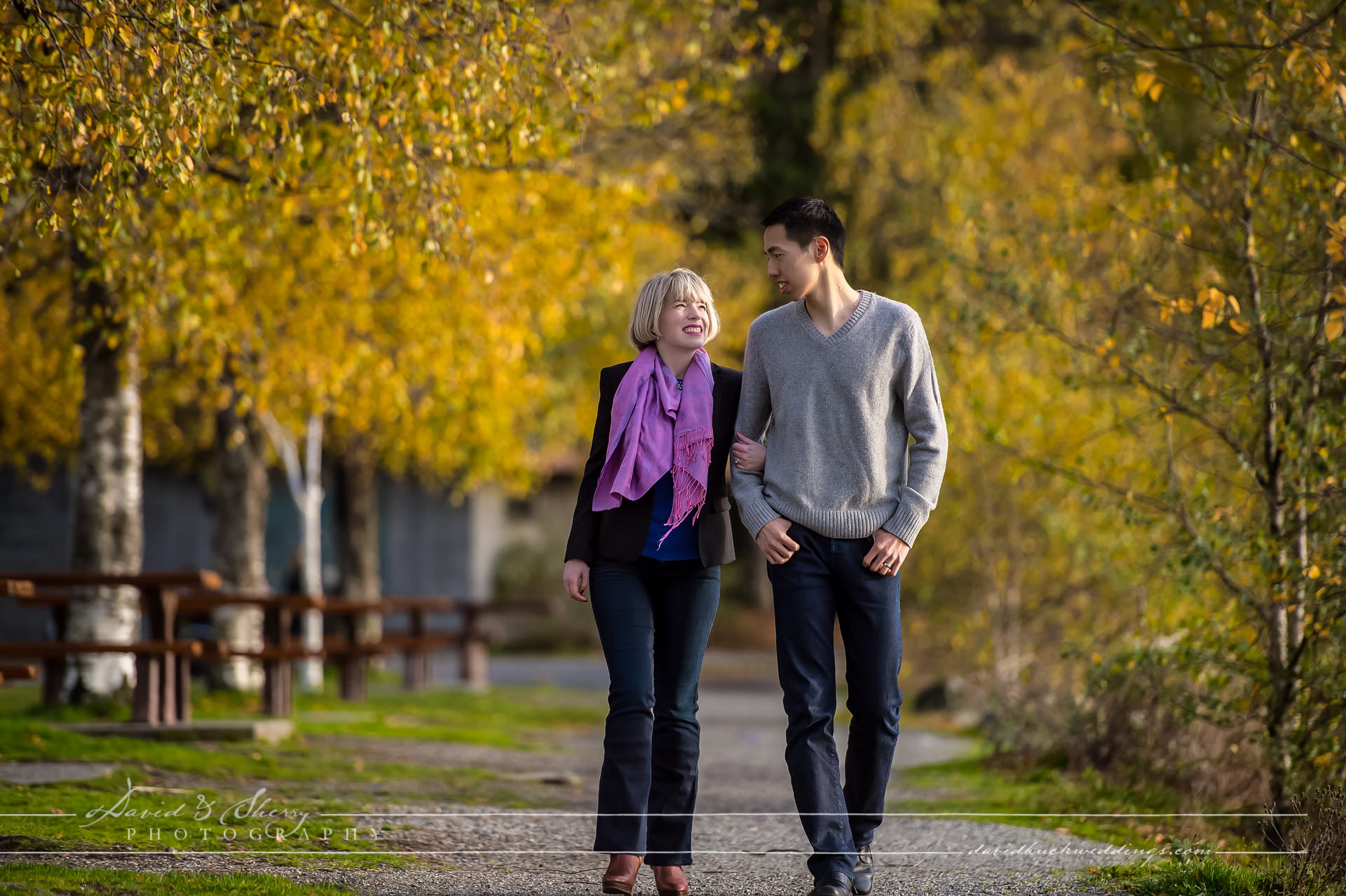 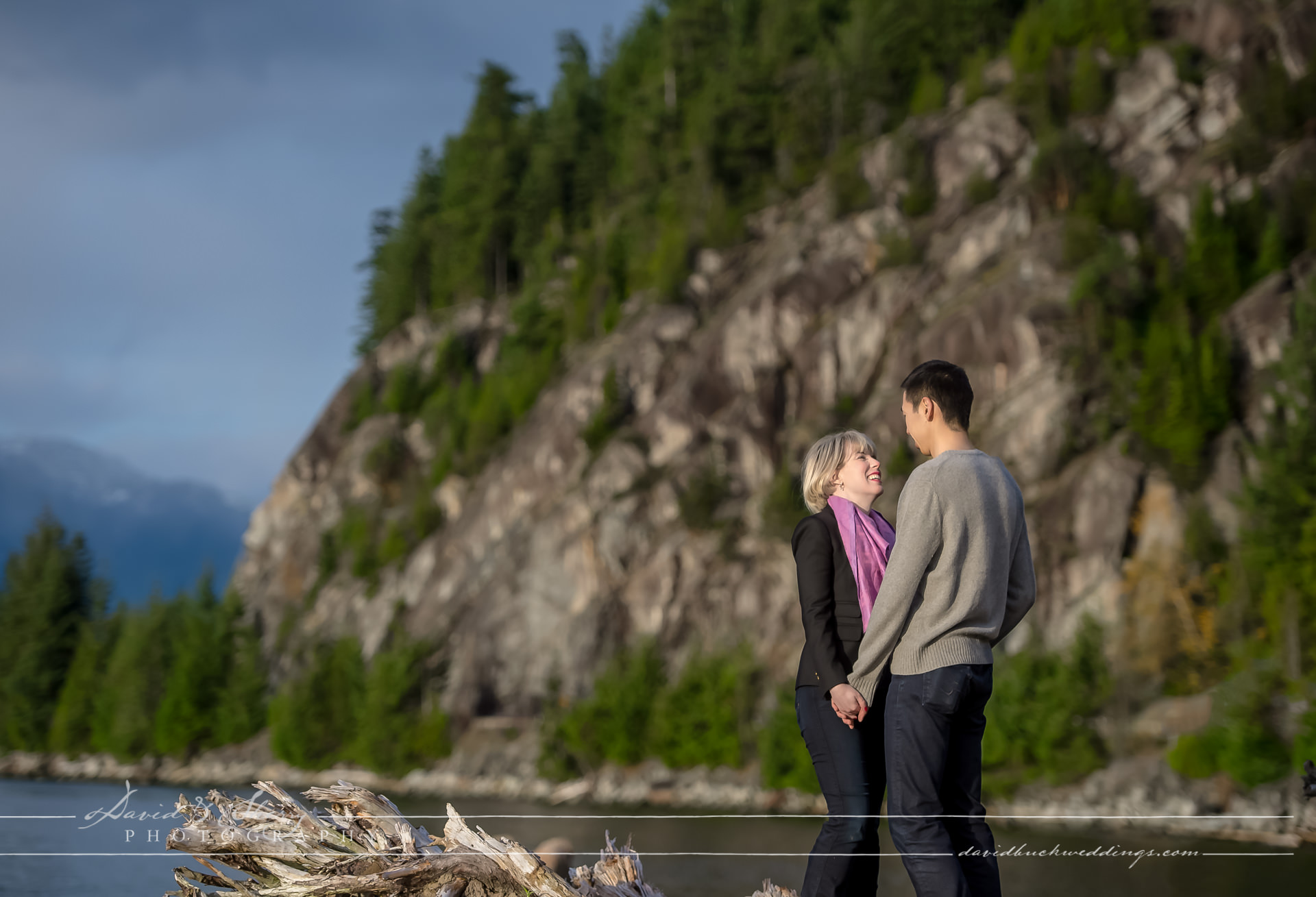 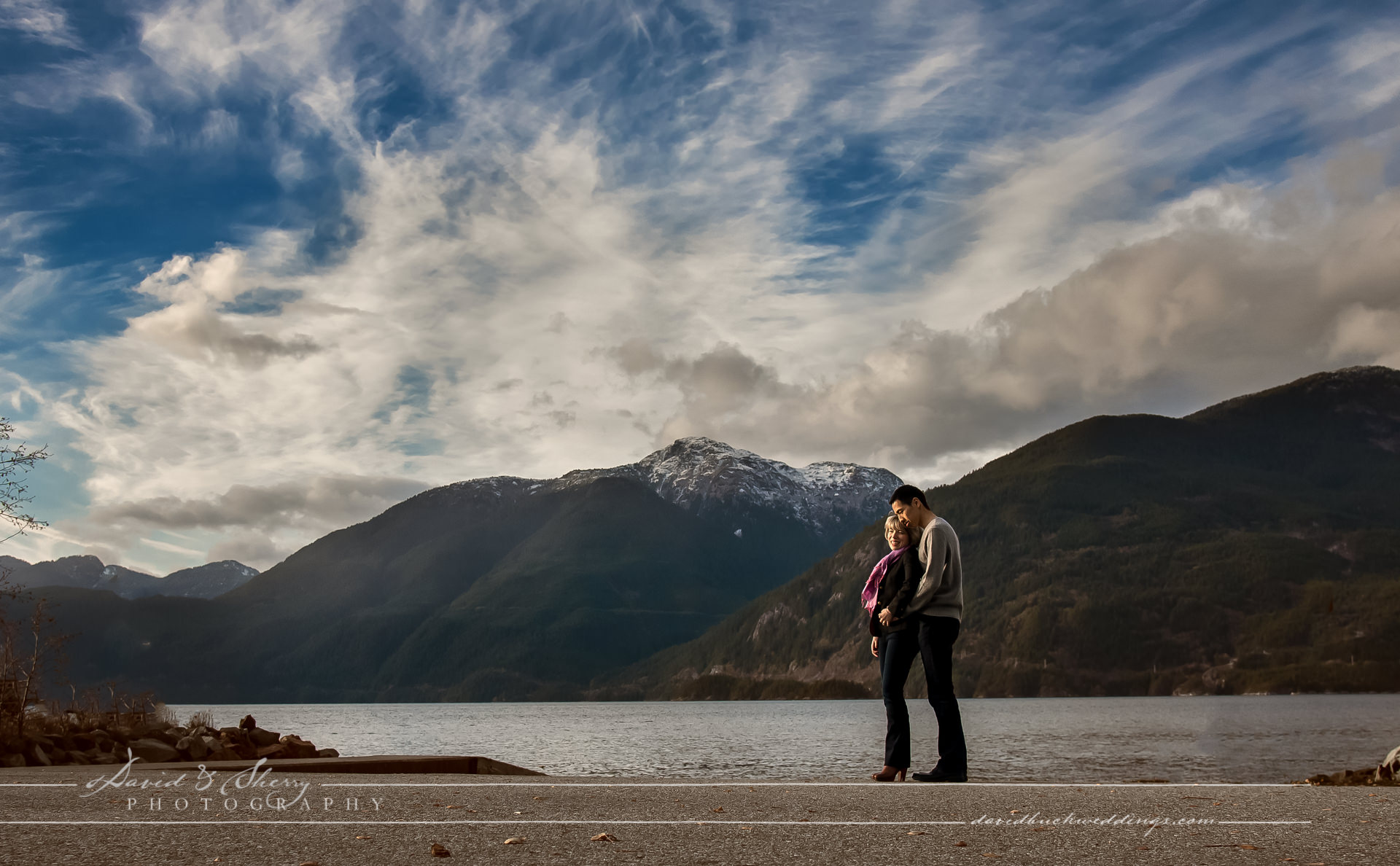 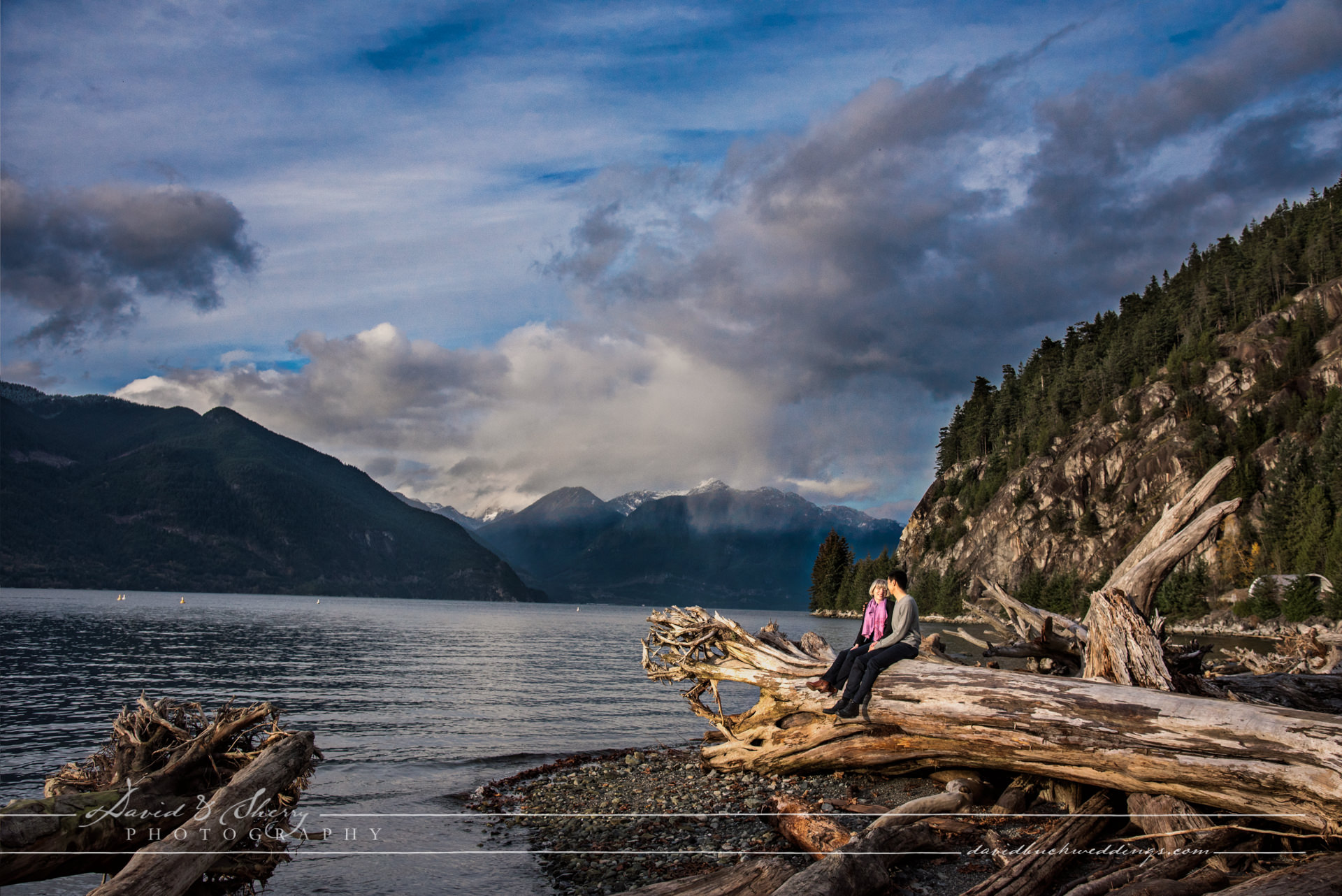 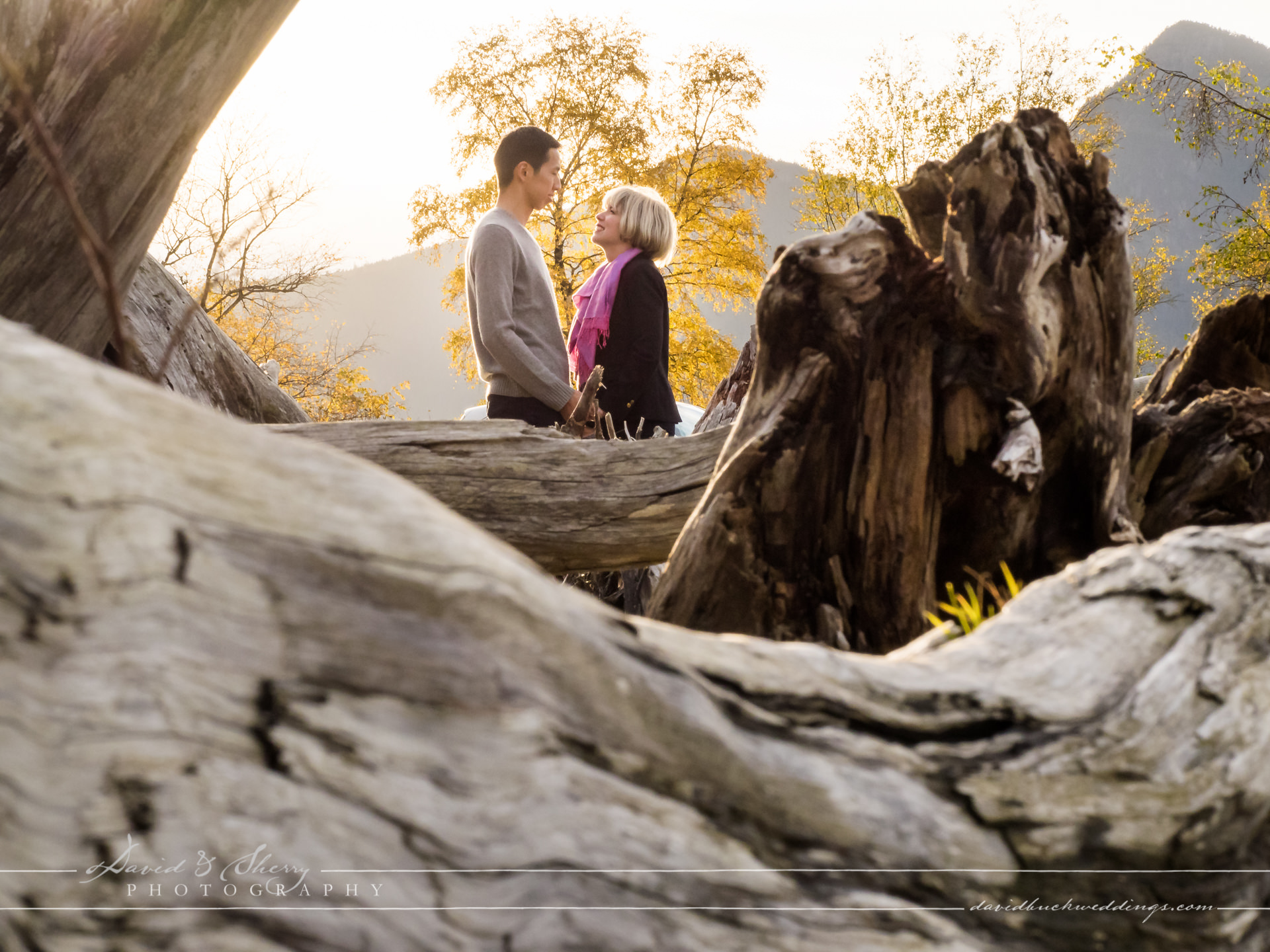 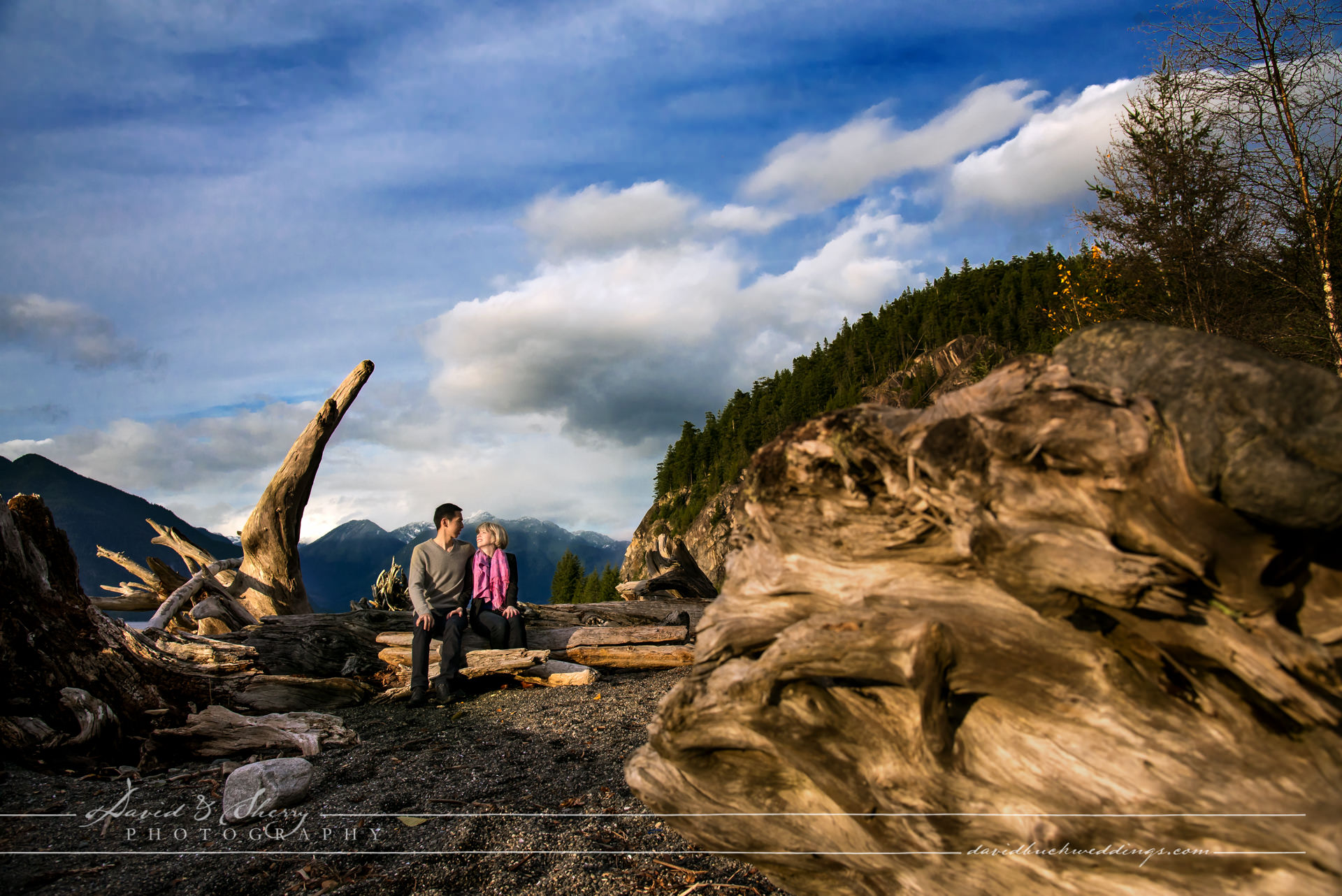